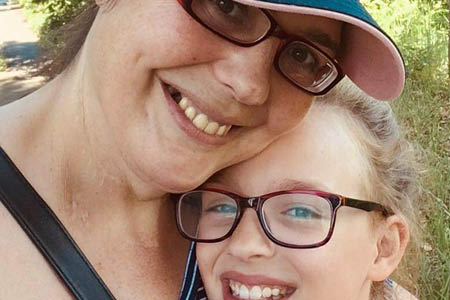 It all started for the mother-of-two during Easter in 2014.  Sinead noticed a lump on her tongue and, when it didn’t go away, went to see her doctor.

The doctor dismissed it, suggesting it would go away in due course. However, two months later, in June, it had not cleared up, so Sinead went to her dentist. Her dentist realised the need for urgency so referred Sinead to a specialist for further investigation.

Unfortunately, Sinead’s initial referral was lost. After some delay, she got referred and had a biopsy done in early September of 2014. A couple of weeks later, Sinead received the news that she had tongue cancer.

The news came as a shock to Sinead, she had been a smoker for many years, but it was not something she was prepared for.

Over the following months, Sinead had chemotherapy and radiotherapy. She had to re-learn how to speak and eat. One of the hardest things Sinead had to deal with, was the scarring left behind from the surgery.

When reflecting on her mouth cancer journey, Sinead has mixed emotions. It was very tough time but at the same time she feels it allowed her to take her life in a new direction.

Sinead says: “There were some really low points in the journey, but I feel I came out the other side stronger and it spurred me on to make changes. Life is better than it’s ever been now, and I’ve been able to adjust to the challenges that I’ve faced post-surgery.” 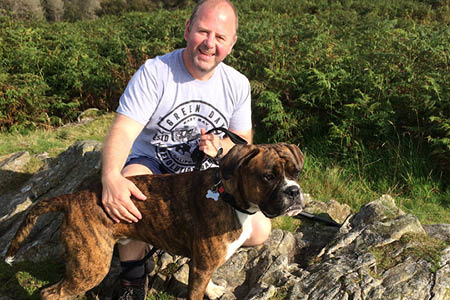 Kevin, from Derby, first noticed something was wrong in late 2017 when he started to feel a constant urge to clear his throat.

He went to his local doctor who thought that it might be to do with acid reflux and gave him some medication. When this didn’t work, he went back to the GP. In the end, after a few visits and the problem only getting worse, his doctor referred him to an ENT (Ear, Throat & Nose) Specialist to take a further look.

Unfortunately, in the days that followed Kevin received bad news, results had shown the tumour was cancerous. Despite knowing mouth cancer was a possibility the diagnoses still caught him a little off guard. As a non-smoker and only a light drinker Kevin says, “I didn’t think I was doing anything that would cause mouth cancer”.

Following the diagnosis, he was told he would need thirty sessions of radio therapy and six sessions of chemotherapy over 6 weeks.

Despite the ups and down of his treatment he remained upbeat and following a scan in April 2018 he was told the cancer had gone.

Thanks to Kevin’s early action and persistence with his GP, he now says his life is largely back to normal. His story is a good example of the importance of catching mouth cancer early as it greatly boosts both your chances of survival and your quality of life. 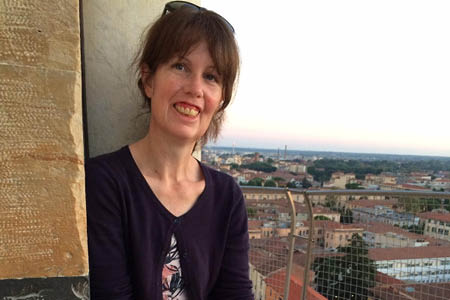 Things started to go wrong when Sarah started to feel some pain in the left side of her gum, just below one of her back teeth. She thought it was just an ulcer, but something was odd about it.

Sarah says: “At first, I didn’t think much of it and carried on with my everyday life. It didn’t feel like a normal mouth ulcer though, sometimes it would send an electric shock kind of feeling through the left side of my face.”

In August 2014, after several back-and-forths with health professionals, Sarah was told she had mouth cancer.

Sarah admits that her knowledge of mouth cancer was poor before her diagnosis: “I didn’t really know about mouth cancer until I had it. Then I started to look into it and realised just how many people it does impact.”

Thankfully for Sarah, her treatment went well. She received both radiotherapy and chemotherapy and was given the all clear in February 2015. She had a phased return to work in the April of that year.

However, whilst the mouth cancer might have been cured for Sarah, the effects of the disease still affect her daily life to this day.

Sarah adds: “Following my treatment, I developed trismus, also called lockjaw, which has impacted my life dramatically. I am only able to open my jaw a matter of millimetres so eating with a knife and fork is tricky and it takes me a long time to eat my meals.”

“The more we know about mouth cancer, the better chance we have of beating it’.